Di.Di.Day – Day of Solidarity on Track

To celebrate the first year of their establishment, the non-profit organization Di.Di. organized for the Easter Monday the first edition of Di.Di. Day, a day of solidarity to give a smile to those who dream of riding for a lifetime, but can not do so because of some physical disability.

With the powerful patronage from F.I.S.P.I.C. (Federation of Italian Paralympic Sport for the Visually Impaired and Blind) and organized on the Vallelunga track in collaboration with Bridgestone Italy, the event was attended by special guests and lots of guys eager to climb into the saddle.

Annalisa Minetti, singer and Paralympic athlete and sponsor of the non-profit organization, has inaugurated this great feast with a small concert, an excerpt from his concert tour 2014 “I am reborn,” to bear witness to his presence an important support to the association Di.Di .

The goodness of the initiative has also involved big names in the two-wheeler, who did not want to miss the opportunity to bring in motion as passengers blind children or even paraplegics.

The speakers were Michel Fabrizio, World Superbike rider, Fabio Massei, involved in the World Cup Superstock 1000, Letizia Marchetti, who last year won the National Trophy relegating behind a dense structure of opponents and staff instructors of the School .of .: Chiara Valentini and Vinicio Bogani.

The Di.Di. Day also marked the return to the track as a driver of Lucio Cecchinello, for years a leading figure of the championship, where he is currently team manager of the LCR. Also present was the World Superbike team manager Genesio Bevilacqua, who wanted to express their personal appreciation for the event.

A marathon of solidarity, where for three hours ACI Vallelunga circuit has reserved exclusively to the non-profit organization Di.Di., who took to the track as passengers dozens of disabled children dressed in clothes provided by the technical Vircos, riding motorcycles 10 available from Honda Italy.

Here a short video of the event, and here some photos. 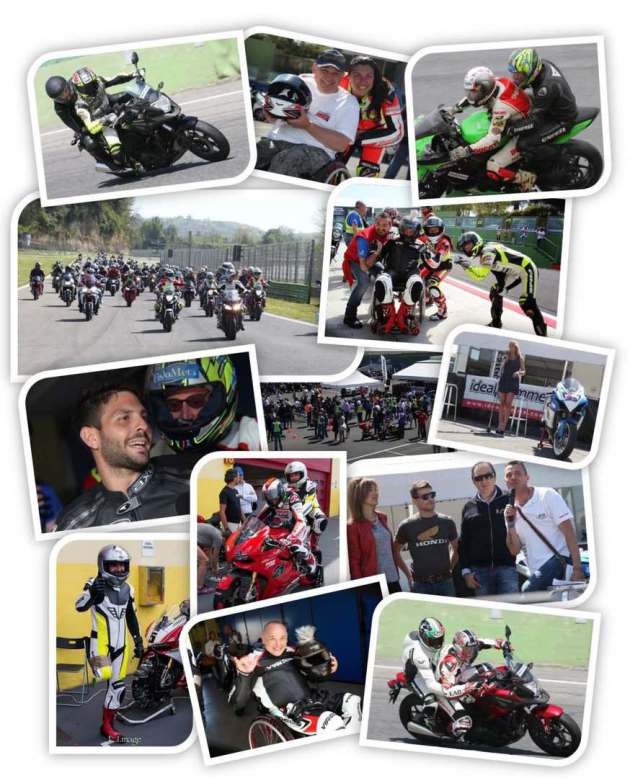