First and only in Italy, our project aims to promote the reintegration of the disabled into society enabling all disabled people who they wanted to, in the same way to everybody else, to achieve the Special Licence for the bike (AS).

With a dual purpose: to allow a recovery of the freedom of personal mobility especially in urban areas where public transport is not suitable and the vehicular mobility is close to paralysis; and to facilitate the recovery process of self-confidence and the ability to recover as much as possible, a normal life.

Because of regulatory gaps, the indifference of institutions and high costs that until now had to take on people with disabilities themselves to (re) gain the Special Licence A, the disabled were discriminated against, failing to provide any Driving School / d Engine ‘Italy, which could provide a motorcycle adapted according to his disability for practice driving and the subsequent examination.

Translated: to date a disabled person, if he just wanted to take the exam in order to achieve the license AS, was first at his own expense: the means to buy, buy adaptations, to approve the half with the changes and present on examination . Without being certain to overtake.

Di.Di., in little more than a year after its birth, even acknowledging the invitation of Dr. Aranci Marcello, President of the Provincial Road Safety in Rome, contained in the “Report on the implications of disability in Patents in Italy”, is able to fill this great void social and civic life.

The project is anticipated during the press conference opening Motodays (Thursday, March 6, 2014, the video of the conference here), will rely on the collaboration of:

- Automobile Club of Italy - ROME ACI, which has only in the province of Rome more than 72 thousand members. It will cure the bureaucratic process for the admission of students for examination and will make available its space approved - South Rome (area Laurentina) - theoretical and practical courses for the pre-exam and the final exam of driving;

- Honda Italy, which has put at the disposal of the School Di.Di. some two-wheeled vehicles;

- Handytech, a company specializing in the preparation of vehicles, two / four wheels, which he adapted and approved motorcycles School Di.Di. according to the different disabilities;

- DMV of Rome, who welcomed our proposal and made feasible the PROJECT LICENCE AS.

We are also making arrangements with the driving of the Italian territory to try to provide this service also in the North and South of Italy: to date has already confirmed the collaboration with the Driving School Motta di Varese.

The start will take place in November 2014 with the first exams (we have already received several bookings and many requests for information), which will precede the Press Conference in Rome to announce the official initiative (or at the headquarters of Aci Rome or at the Safety Driving Centre- ACI-SARA of Vallelunga). 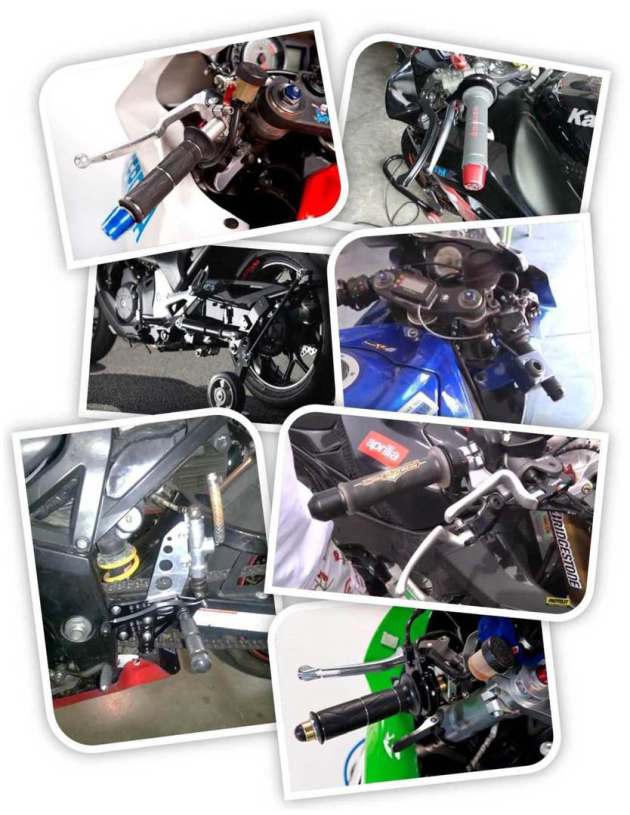